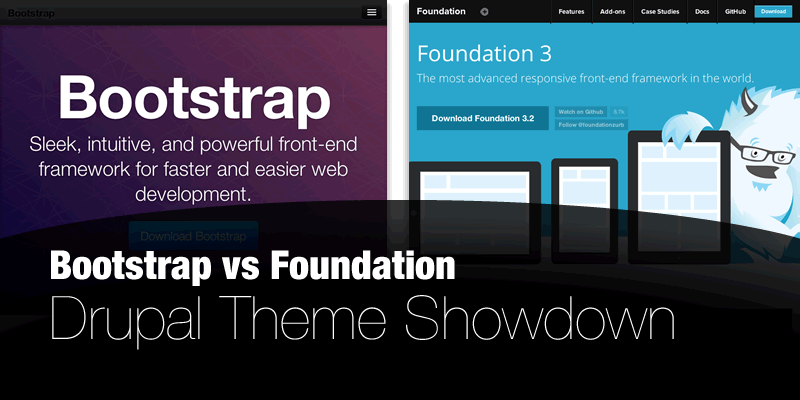 One of the great things about going to camps is getting exposed to new technologies and to what the others are using. I have never been to a camp where I don't walk away with some new tool for my toolbelt. Whether it's perfomance, coding, front end or backend tips and tricks, there is always something new to be learned at camps, which is why I am always motivated to go.

This year's SANDcamp was no exception. Talking to Level Ten's Tom McCracken he told about Bootstrap and how they're using it on their site. The site is fully responsive, which is cool, but it also loads very fast and has very clean HTML. So how do I get my hands on this Bootstrap framework that comes loaded with css and javascripts? - I asked. I did a little bit of research and of course there's a module (theme) for that. http://drupal.org/project/bootstrap.

Much like Zurb's Foundation (http://drupal.org/project/zurb-foundation), this theme is really useful to build rapid prototypes. That is, put something up that is consistently styled and solves most aspects of a web application, whether it's javascript to do toggles, scrolls, tooltips or popups or css styling of buttons. I am telling you, this framework is a life saver if you want to put something quickly in front of your client or stakeholders. It looks nice and does a bunch of stuff out of the box.

In terms of maturity, the current version of Bootsrap is 2.2.2 while Foundation is currently at 3.2. In terms of features they are comparable. While they are direct competitors, they share a significant number of features. I won't go into details here, but here's a nice little blurb comparing Twitter's Bootstrap to Zurb's Foundation. http://designshack.net/articles/css/framework-fight-zurb-foundation-vs-twitter-bootstrap/

Check it out and tell me what you think @rmonteroo.